A lot of time has passed, and a lot of code has been written. Bazil is still in heavy development, but it has reached a good milestone to blog about: it can synchronize changes from one peer to another.

Warning: at this stage in development, we will put no effort into compatibility of file formats or protocols. Do not stare into laser with remaining eye.

What follows is a walkthrough of scenario where we have two computers sharing files – find me at GopherCon for a live demo, or follow the steps and run it yourself.

First, make sure you have a working Go (>=1.4) installation. You are expected to have basic familiarity with Go, at this point in development.

Unfortunately, to work around a missing gRPC feature, we need a custom branch of it for now. Let's check that out:

And then install Bazil itself:

For the rest, we'll assume you have two computers, virtual machines or containers that will talk to each other.

You can also run the steps on one host, by calling passing the bazil -data-dir=PATH option as appropriate to keep two separate state directories.

We'll call our two environments black and white, and differentiate them with that hostname in the prompt.

To introduce the peers to each other, we need to pass their public keys to each other. As the current code doesn't actually keep track of any nicknames or aliases for peers, we'll need to refer to these public keys a lot. Let's set shell variables to remember them.

To see the public key of a node, run

Typically, debug commands access the database directly, and will only work if the server is not running.

Now set the variable $BLACK on the host white with the value being the public key of black, and vice versa. If you're running the two on the same host, the following will work; if not, copy-pasting with the mouse is needed.

As is probably obvious from the debug in the command name, this is not the final UX for this.

Bazil has a (per-user) server component that the command-line utilities communicate with. Let's start the server on white.

We believe in the value of encryption. Bazil uses convergent encryption with sharing keys where the people who know the relevant sharing key can have access to the data.

The default installation sets up one sharing key, but let's make a new one for our shared files; it's just 32 bytes of random data. We'll name our new sharing key friends.

Let's create a volume using the new sharing key, and mount it.

We now have an encrypted, deduplicating, snapshottable, local file system. Let's share it with black, using the public key stored in $BLACK from earlier.

We introduce a new peer, identified by the public key stored in $BLACK. We tell white to allow black to access its local content-addressed storage, and the myfiles volume we just created.

Let's tell black to use the new volume. First, we introduce the white as a new peer for black, and giving the network location where the server on white is listening on. The server prefers the port 34211 (bazil, do you see it?), but will use any free port. We saw the port output earlier.

Later, we'll introduce more rendezvous mechanisms, including multicast DNS and an internet-wide lookup based on the public key, and mechanisms for working behind NATs.

black needs to know the sharing key from earlier. Copy the sekrit file from white to black through whatever means are appropriate, and then run

We now have the save volume mounted on two machines.

Let's make changes on white and observe them on black.

There is currently no user interface to resolve conflicts, or to finish sync merges that were postponed because a file was still open.

At this stage in development, we will put no effort into compatibility of file formats or protocols.

After the obvious missing functionality mentioned is done, there's plenty of work to be done on making the user experience of managing peers better. The steps above are very manual and discrete right now, as that is what's easiest to debug.

Once the common usage scenarios have been explored, more convenient mechanisms can be added on top of these low-level steps, e.g. bootstrapping a peer connection over ssh, and interacting with friends over im with humans copy-pasting short messages.

To learn more about the why of Bazil, read the introductory blog post.

To understand the architecture of Bazil better, browse the documentation https://bazil.org/doc/ .

Bazil is still at an early stage in development, but the future looks really exciting. We'd love to have you participating. 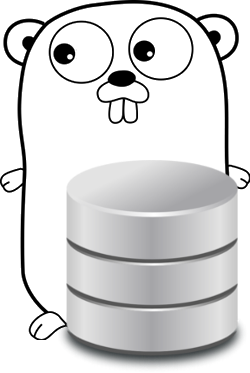 GopherCon is here, and it is time to reveal what Bazil is all about.

Bazil, also known as bazil.org/bazil, is a file system that lets your data reside where it is most convenient for it to reside.

Bazil is still under heavy development, but welcomes developers and curious power users. Here's a little teaser of what's coming.

A file sync based solution will try to copy all of your files from the desktop to the laptop – yet the laptop's smaller SSD just can't hold that much! You're forced to play games with picking-and-choosing what folders get synchronized, and just don't have the convenience of grabbing that 8-year-old wedding photo on a whim.

To modernize an aphorism, you can't put ten terabytes of files on a 500 GB SSD. Syncing between very disproportionate systems is fundamentally a problematic design, and is best for a small hand-picked set of files, not as an actual storage solution.

Don't take this the wrong way; you really should have some sort of remote backups for important data, in case the building burns down. S3 RRS/Glacier, Google Cloud Storage DRA seem very promising for backup cold storage; we'll come back to that later.

Rocking it old school? We're down with that.

A network file system like CIFS or NFS, or something like sshfs, would let you use the files from the desktop on the laptop – but your wifi will never be as fast as the laptop's local SSD, in either bandwidth or latency, so now all your file accesses are crawling, and you end up hunting for an ethernet cable whenever you need to transfer something bigger.

To speed things up, you end up copying often used files to the SSD. Now you have several copies of the same files, and no idea what was modified when, or whether you're looking at the last copy, or whether it's safe to delete to free up space on the cramped laptop.

A network file system will also require for you to stay within wifi range. For travel, you're once again reduced to up manually copying files around, and once again lose track of where's the latest copy of what file.

With Bazil, the laptop SSD contents act as

And because Bazil keeps track of the changes, it can also keep track of changes and synchronize them between the different peers; no more confusion about what copy is the latest.

You try to read a file where the contents are not locally stored, the data will be fetched from desktop or cloud/closet server, whichever happens to be the fastest way. All the data is accessible even if it won't fit on the SSD.

You can pin files for travel, so you're no longer tied to your home network, or even any network connectivity.

Bazil is the archival solution, with the snapshot feature. Every Bazil peer can browse the earlier snapshots, making restoring files easy no matter what computer you're on. You don't have to manage both a network file system and a backup solution.

Bazil is the redundancy solution, with copies of file contents stored on multiple computers. The CAS stores immutable, write-once objects, so you can even mitigate software bugs by taking an extra copy of the history with just rsync, file system snapshots, or any other file copy tool. A snapshot is just an object, and refers to other objects; the objects contain everything needed to regain access to your files.

All Bazil file storage can be encrypted to guarantee your privacy, whether in the cloud, on your own computers, or on external hard drives. Encryption is on by default.

Bazil is still under heavy development, and a lot of the functionality hinted at above is still not quite there. We welcome developers and curious power users.

The original gopher image was made by Renee French.

Tv is talking about the Bazil FUSE library at the local Gopher meetup tonight. Check out the slides.

Hi. This blog post establishes the Bazil.org project. This is not an April Fool's joke.

There are more ambituous things floating in the background, but many people have expressed interest in this, so here's an early release: a Go FUSE filesystem programming library.

This is based on Russ Cox‘s fuse library, as hosted at https://code.google.com/p/rsc/source/browse/#hg%2Ffuse

Here's how to get going:

The github repository is at https://github.com/bazil/fuse

Bazil is a distributed file system designed for single-person disconnected operation. It lets you share your files across all your computers, with or without cloud services.

FUSE is a programming library for writing file systems in userspace, in Go.